Dr. Qi Li, assistant professor, The School of Civil and Environmental Engineering, has been awarded a prestigious NSF Early CAREER award for her project titled, “Multi-Scalar Transport and Similarity in the Urban Boundary Layer.” According to their website, the NSF CAREER Award supports early-career faculty who have the potential to serve as academic role models in research and education and to lead advances in the mission of their department or organization. 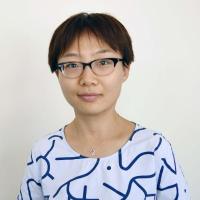 “With this NSF CAREER award, I am really excited to probe into how urban residents’ activities, such as how mobility, building energy use, and carbon footprints, affect the regional climate as cities keep sprawling,” said Li. “The overarching goal is to improve basic understanding of the transport of multiple scalars, such as atmospheric pollutants, greenhouse gases and waste heat, and to inform physically realistic, generalizable estimates of the surface-atmosphere exchanges. The project will lead to findings necessary for the next-generation urban climate modeling tools, which can be implemented to develop more precise (i.e., city or neighborhood-specific) mitigation and adaptation measures with changing climates.”

Li’s research group, City-CLImate-People, is interested in flows and transport in the lower atmosphere as well as the general topic of human-scale impact on the natural environment under an evolving climate.

The 2030 Project to marshal faculty to solve climate crisis

Declaring this the “decisive decade” for climate action, Cornell launched The 2030 Project: A Climate Initiative, which will mobilize world-class faculty to develop and accelerate tangible solutions... Read more about The 2030 Project to marshal faculty to solve climate crisis

Linda Nozick has been reappointed as Director of CEE