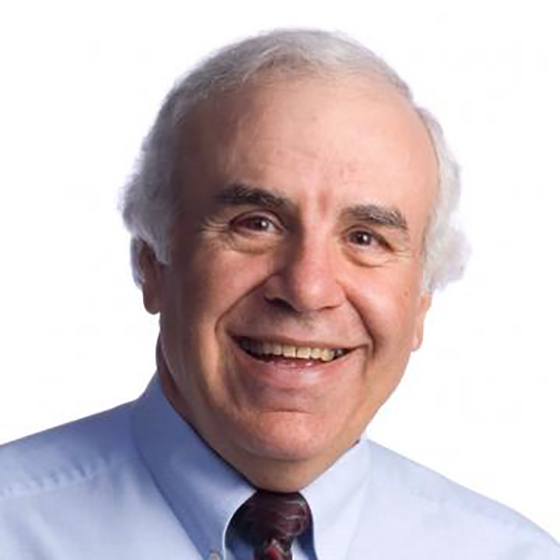 Dr. Ingraffea's research concentrates on computer simulation and physical testing of complex fracturing processes. He and his students performed pioneering research in the use of interactive computer graphics in computational mechanics. He has authored with his students over 200 papers in these areas. He has been a principal investigator on over $35M in R&D projects from the NSF, NASA Langley, Nichols Research, NASA Glenn, AFOSR, FAA, Kodak, U. S. Army Engineer Waterways Experiment Station, U.S. Dept. of Transportation, IBM, Schlumberger, Digital Equipment Corporation, the Gas Research Institute, Sandia National Laboratories, the Association of Iron and Steel Engineers, General Dynamics, Boeing, Caterpillar Tractor, and Northrop Grumman Aerospace.

Professor Ingraffea was a member of the first group of Presidential Young Investigators named by the National Science Foundation in 1984. For his research achievements he has won the International Association for Computer Methods and Advances in Geomechanics "1994 Significant Paper Award" for one of five most significant papers in the category of Computational/Analytical Applications in the past 20 years, and he has twice won the National Research Council/U.S. National Committee for Rock Mechanics Award for Research in Rock Mechanics (1978, 1991). His group won a NASA Group Achievement Award in 1996, and a NASA Aviation Safety Turning Goals into Reality Award in 1999 for its work on the aging aircraft problem. He became a Fellow of the American Society of Civil Engineers in 1991.

Professor Ingraffea has received numerous awards his outstanding teaching at Cornell. He received the first Society of Women Engineer's Professor of the Year Award in 1997, the 2001 Daniel Luzar '29 Excellence in Teaching Award from the College of Engineering, and, in 2005, was named Weiss Presidential Teaching Fellow at Cornell University. He has been a leader in the use of workstations and information technology in engineering education, with grants from the NSF, U.S. Department of Education, Digital Equipment Corporation, Sun Microsystems, and Hewlett-Packard in these areas. He organized and was the first Director of the NSF-supported, $15M Synthesis National Engineering Education Coalition, a team of eight diverse engineering colleges. Synthesis developed, implemented, and assessed innovative programs and technologies to improve the quality of undergraduate engineering education and to attract and graduate larger numbers of women and under-represented minority engineers. He was Cornell Co-PI on a NASA/NYS/AT&T sponsored project to develop an Advanced Interactive Discovery Environment for collaborative distance design in engineering education, teaming with faculty from aerospace, mechanics, and civil engineering from Cornell and Syracuse universities.

He was named Co-Editor-in-Chief of Engineering Fracture Mechanics in 2005, received the ASTM Irwin Award for meritorious contributions to the practice of fracture mechanics in 2006, and was named a Fellow of the International Congress on Fracture in 2009. In 2011, TIME Magazine named him one of its "People Who Mattered".

The Cornell Fracture Group members include Prof. Tony Ingraffea, research associates, and graduate students. The mission of the Cornell Fracture Group is to create, to verify, and to validate computational simulation systems for fracture control in engineered systems. An equally important focus of the group is education at all levels. Our current and past research has focused on both experimental testing and numerical simulation of fatigue and fracture in a variety of materials.

I believe that pedagogy, the "how" that one teaches, is as important as "what", or the content, one teaches. Further, pedagogy must be consistent with content and the "why", or the values sought in content. I know from my teaching experience, and from the literature of educational psychology, that clarity of presentation, responsiveness to student needs, and, most importantly, remembering what it was like to be a student, are the most important aspects to effective pedagogy. I continue to explore the use of informational technology tools to improve clarity and responsiveness. I hope I will never forget how I thought, how I learned, and how I felt about my professors when I was a student.