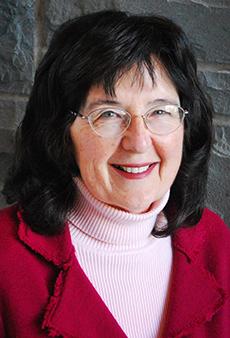 In July 1, 2002, by a committee of other endowed professors in the College of Engineering, Christine Shoemaker was elected to the position of Joseph P. Ripley Professor of Engineering. This appointment is given for her excellence in research and in teaching. Established in May 1968 by Joseph P. Ripley and funded in part by the Ford Foundation, the endowment provides a distinguished professorship which Mr. Ripley requested be held by professors "who have had and will have a major impact on the development of the College."

Prof. Shoemaker's research focuses on finding cost-effective, robust solutions for environmental problems by using optimization, modeling and statistical analyses. This includes development of general purpose, numerically efficient nonlinear and global optimization algorithms utilizing high performance computing (including asynchronous parallelism) and applications to data on complex, nonlinear environmental systems. Her algorithms address local and global continuous and integer optimization, stochastic optimal control, and uncertainty quantification problems. In her recent research algorithm efficiency is improved with the use of surrogate response surfaces iteratively built during the research process and with intelligent algorithms that effectively utilize parallel and distributed computing. Her applications areas include physical and biological groundwater remediation, carbon sequestration, pesticide management, ecology, and calibration of climate and watershed models. The optimization and uncertainty quantification effort is used to improve model forecasts, to evaluate monitoring schemes and to have a tool for comparing alternative water and environmental management practices. Algorithms that are efficient because they require relatively few simulations are essential for doing calibration and uncertainty analysis on computationally expensive engineering simulation models. Professor Shoemaker has also been involved in multidisciplinary international outreach/research efforts for protecting groundwater resources from contamination and in helping to bring more women in engineering and computational mathematics.