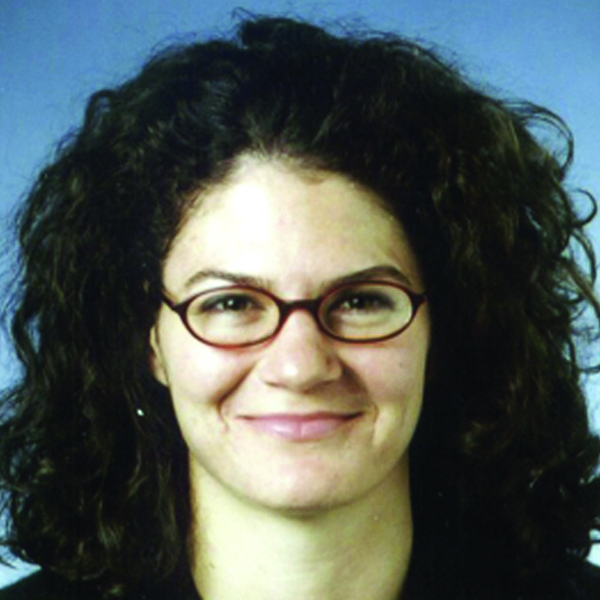 Richardson joined the faculty in January, 2002, after finishing her Ph.D. in Civil and Environmental Engineering at the University of California at Berkeley, where she also received her M.S. Her B.S. in Chemical Engineering was earned at Manhattan College in Riverdale, New York. She has had internships as both a Chemical Engineer with Air Products and Chemicals and an Environmental Consultant with Malcolm Pirnie Consultants. She was introduced to laboratory research as an undergraduate through a Howard Hughes Medical Institute Research Grant, which was awarded to study the pathogenicity of various microorganisms isolated from HIV+ patients at Cornell's Weill Medical College/New York Hospital.
While at Berkeley, she enjoyed tenures as an NSF Graduate Fellow, an EPA STAR (Science to Achieve Results) Fellow, a University of California Toxic Substances Research and Teaching Program Trainee, a Tau Beta Pi Graduate Fellow, and an officer in the Microbiology Graduate Student Group. She also worked with the USEPA and the Army Corps of Engineers on treatability studies at a creosote-contaminated Superfund site in Washington State. Such experiences sparked and nurtured her interests in bioremediation, molecular biology, and the science/policy interface--especially in the areas of chemical and microbial contamination of water and soil.
At Cornell, Dr. Richardson's research has focused upon the application of molecular biological tools to improve basic understanding of microbes relevant to bioremediation, sustainable wastewater treatment and sustainable bioenergy and apply this understanding to the deployment of microbial processes in environmental and reactor systems.

Dr. Richardson's research group studies the activities of populations within microbial communities through the study of genomics, transcriptomics and proteomics. While DNA-based techniques still serve as an anchoring point in bioenvironmental engineering, gene presence and characterization only provide insights into potential activity. Instantaneous activity levels are much more tightly tied to RNA and protein (particularly enzymatic proteins). With the wealth of information obtainable by querying RNA and protein pools, it is not only possible to determine whether a particular gene is being expressed under certain conditions, but it is also possible to use the data to develop molecular biomarkers of specific activities in environmental and reactor systems. The main techniques used by the group are quantitative reverse transcription PCR (qRTPCR) to assay RNA pools, microarrays, and tandem mass spectrometry of biomarker peptides. Together these methods provide a wealth of information about the enzymes and other proteins being expressed by individual populations within a consortium of organisms. The main application of these "omics" is the study of consortia containing Dehalococcoides ethenogenes - the first organism shown to bioremediate chlorinated ethenes (perchloroethene - PCE - and trichloroethene - TCE) to harmless ethene gas. The key challenges the lab is focused on are honing the list of key biomarkers of dehalorespiration and quantitatively relating net expression levels to bulk activity (in this case net dehalorespiration rates). Additionally, stress biomarkers can inform bioremediation efforts in the field. Information on in situ stresses felt by key populations can guide site managers to effective actions to take to jump start failing bioremediation efforts. Myriad proteomic techniques are also employed by the lab to better identify key oxidoreductase enzymes expressed by iron and sulfate reducing bacteria that can bioremediate Uranium contamination in groundwater. Another focus in the lab is the growth of high-lipid producing algae as biofuel feedstock. While algae are reported to be up to 100 times more productive per-acre than land plants, and they can be grow on marginal lands and in saline environments (minimizing competition for land for food crops) many challenges still exist with respect to sustainable commercial scale algae growth and harvesting. This research involves genomic and transcriptomic characterization of high-performing marine algal strains being selected for growth in pilot scale facilities. A final thrust in the Richardson lab is the development of human waste treatment systems that are low cost, robust, and suitable for deployment in regions of the world (the "Global South") where economic, energy, and technical expertise constraints must all be considered.

In general Dr. Richardson's teaching focus is in the area of bioenvironmental engineering - teaching both lecture and laboratory courses. However heteaching duties have also included instructor duties for the Engineers for a Sustainable World class (CEE4920) and a short course developed for Cornell's NSF-IGERT in Cross-Scales Biogeochemistry and Climate. This "Bootcamp" covers molecular biological methods and applies them to microbes playing key roles in green house gas cycling (CEE6055)

Dr. Richardson has served Cornell, the broader academic community, and local watershed health issues over the last year. She serves on the Issues Committee of the Cayuga Lake Watershed Network and was a two term past Board of Directors member. Key issues or interest are hydrofracking, invasive species, and septic system maintenance and repair. Dr. Richardson is also currently the faculty advisor to the Engineers for a Sustainable World student group and Women's Soccer clubs. As well as being the project supervisor for a service learning project (the ESW Biofuels team) she also advises several undergraduate students in independent research each semester.

In most places around the country where freshwater lakes and beaches offer recreational opportunities, health officials monitor the water for elevated bacterial counts—usually about once a week in... Read more about "eDNA Tests Swimmability in 90 Minutes or Less"