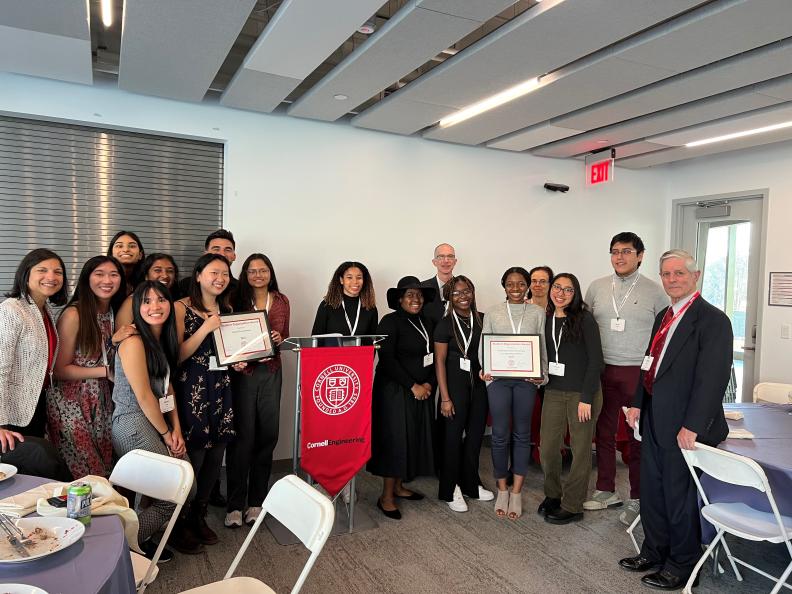 The well-attended event is held each year to celebrate some of the students, staff, and faculty that make Cornell Engineering the special place it is.

In his introductory remarks CEAA Emeritus Director Randy Little ’62 (ECE) explained what the CEAA is and described the group’s mission as “keeping alumni connected to the College and to each other long after graduation.” The CEAA provides financial sponsorship to project teams, gives alumni opportunities to mentor current students, and supports current students, faculty, and staff through the awards given at the annual banquet.

Associate Dean for Undergraduate Programs Alan Zehnder then took the microphone and emceed the awards portion of the banquet. Zehnder stressed that the five awards given acknowledge excellence outside of the classroom and represent the high value Cornell Engineering places on service, mentoring, and experiential learning.

For 2021-22 the five award categories and winners are:

Srivastava conducts research in the Gadikota Group, developing innovative approaches to separate rare earth metals with inherent carbon removal, including the analyses of experimental data for a manuscript on CO2 capture and removal which was published in Resources, Conservation & Recycling. The group is in the process of filing an invention disclosure based on her work on rare earth elements separation, and the effort is expected to result in at least two additional publications with Srivastava as a co-author.

Cornell University Design Build Fly is a student-run project team in which members develop, build, test, and optimize a custom radio-controlled aircraft to compete in the international DBF competition. The AIAA Design/Build/Fly competition challenges teams to create a high performing aircraft within a specified mission profile.

In addition to implementing recruiting strategies, coordinating screening and selections, and managing hiring and placement processes for approximately 140 student educators per year across three undergraduate peer education programs (Academic Excellence Workshops, Engineering Math Workshops, and Tutors on Call programs), Tewksbury has spearheaded efforts to improve and expand the college’s Tutors on Call program over the past two years.

Underrepresented Minorities in Computing leadership successfully built back a community following the pandemic, including by establishing Sunday URMC office hours – when the group gets together to study, and help each other – peer mentoring, a ‘How To Fail’ panel – students talking about ways they failed and how the recovered – a shared slack channel to discuss issues, and weekly leadership emails.

Cornell Hack4Impact includes over 25 undergraduate students who have worked with local organizations in New York to implement technical solutions to socially impactful problems. Students have gained hands-on experience working with nine organizations, including Correctional Association of New York, Tompkins Consolidated Area Transit, and Habitat for Humanity, among others.

Gries has been a staple of the Cornell Department of Computer Science for over 45 years and has shown incredible dedication toward the success of all his students. He is known for his quick wit and was nominated for his exceptional attentiveness to student questions, answering them in record time and offering signups for students to join him for lunch. 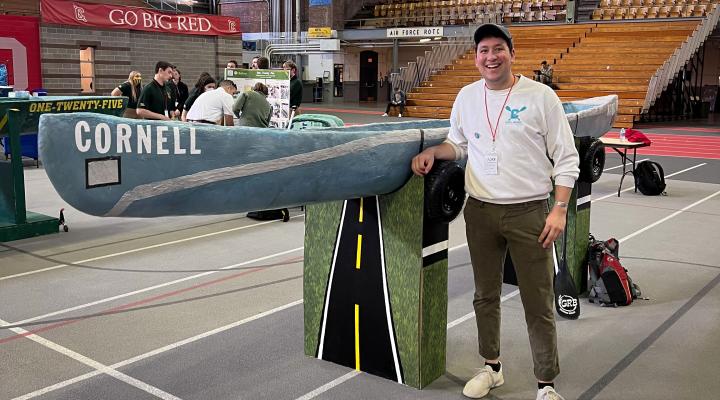 Q and A with Bo Rider, "I knew that in CEE I would receive a robust, comprehensive education which would prefer for any type of civil engineering career I wanted to pursue after graduation." Read more about Bo Rider: CEE gives more ways to build a career 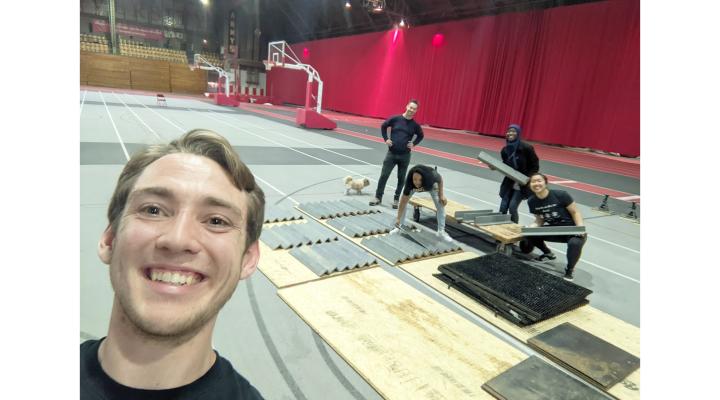 Spotlight on our Graduates - Aiden Clarage

Aiden Clarage Major: Civil Engineering Why did you choose Cornell? Cornell's project team program offered a network of hands-on learning and community unparalleled at any other school. Ithaca and... Read more about Spotlight on our Graduates - Aiden Clarage 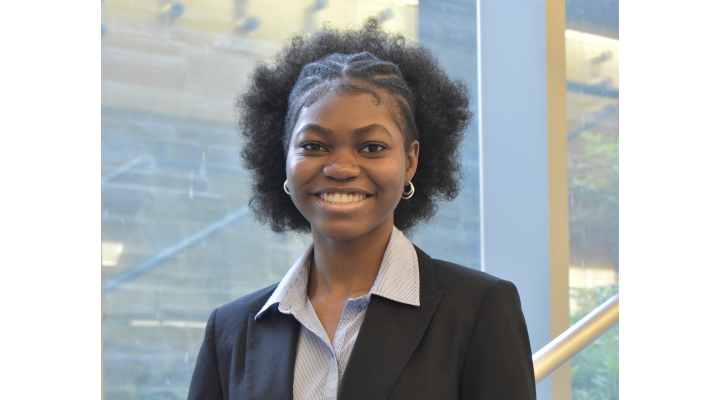 Major: Civil Engineering Why did you choose Cornell? I chose Cornell mainly because of the academic resources and support given to underrepresented students. When visiting campus, I stopped by the... Read more about Celebrating our Graduates - Isabella Animadu