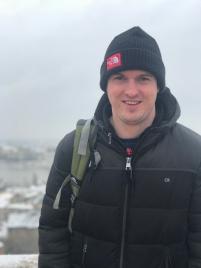 When Terrence Moran was 17 years old he decided to join the United States Marines. “I wasn’t a particularly great student and I didn’t really see myself getting much out of college at that point,” says Moran. A few years later, after two tours in Afghanistan and a stint as a construction worker back in the States, Moran decided the time might be right for him to go to college.

“I would see the site engineers as I was working construction and I was like,  ‘Hmmmmm—what do they do?’” Moran learned more about what they do and realized that if he wanted to do something similar he was going to have to get a degree. “I didn’t want to have to take any loans to pay for school, but I didn’t have to. I had a ‘golden ticket’---the G.I. Bill.”

The G.I. Bill refers to a Department of Veteran’s Affairs education benefit available to veterans. Moran was accepted to George Mason University in Fairfax, Virginia and the G.I. Bill paid his full tuition. He majored in Civil Engineering with a focus on structural engineering. “I learned that I was super interested in mechanics of materials,” says Moran, “and my advisor, Professor David Lattanzi, convinced me that I should go on to graduate school.”

Which is exactly what Moran did. “I was a little worried about paying for school, but Professor Lattanzi explained to me that many doctoral programs provide fellowships,” says Moran. “I applied to several schools and was offered a fellowship at Cornell and at two other schools. My visit to Cornell is what tipped the scales. People here were just so excited about their research. The energy in the department was great and it was small enough that it felt good to me—not so big that I would feel lost or overlooked.”

During his visit, Moran spoke with Professor Derek Warner in the School of Civil and Environmental Engineering (CEE) and came away impressed by Warner’s research and by his enthusiasm. Warner’s research focuses on understanding and predicting the deformation and failure of structures. Now in the second year of his doctoral studies with Warner, Moran is focused on understanding deformation and failure in a specific set of structures---metal parts created using additive manufacturing processes.

In additive manufacturing, parts are made one layer at a time. If the part is metal, small particles are fused using a high-powered laser that passes back and forth. New layers of particles are added and fused and in this way a part is built up until it is complete. This process allows for the fabrication of parts that could not be made by traditional methods.

But the process also allows for the possibility of slight defects that might happen if the particles don’t fuse the way they are intended or if there are minor variations in the intensity or speed of the laser as it passes back and forth. These defects, over time, could lead to failure of the part. And depending on what the part is used for, failure could have expensive or tragic consequences.

Moran’s work with Warner is aimed at improving the fatigue life of metal parts made by this process. They are working on a novel thermal modeling technique that will allow manufacturers to better simulate the precise thermal profile of any given point in the part being made during the layering and heating process. Since proper energy density is essential to properly formed parts, this modeling technique should allow producers to manufacture parts with fewer defects, thus leading to longer life.

Moran and Warner published an article in 2018 showing that their novel thermal modeling technique stands up to mathematical scrutiny and requires far less computational power than previous methods. They are currently working on looking at actual parts in order to validate their model. Moran explains that this type of additive manufacturing to produce metal parts is finding ever-increasing use in the biomedical devices field as well as at NASA and the Department of Defense. Their thermal modeling technique could lead to better quality parts with longer fatigue lives.

Moran is finishing the second year of his doctoral studies now, so he still has time to decide what he would like to do next. “For now,” he says, “I can imagine a possible research position in a national lab. I am very lucky, in that industry and national labs are very interested in what we are working on.” 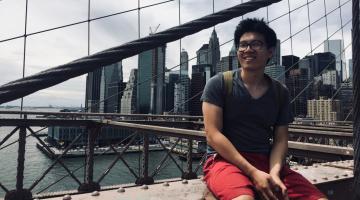 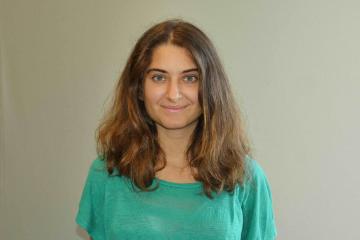