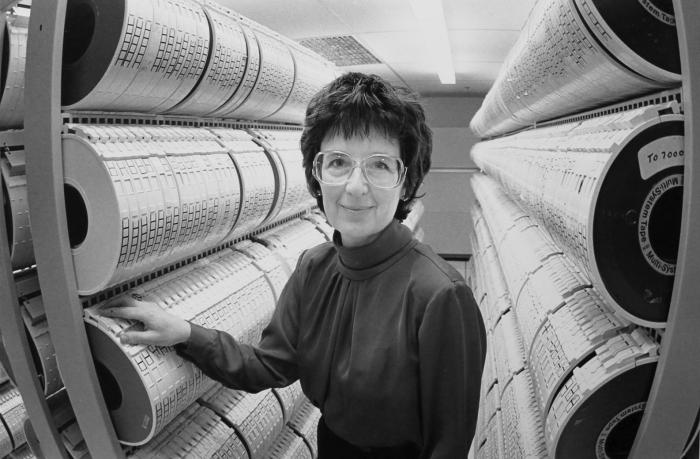 It is interesting how Christine Shoemaker’s childhood experiences forged a path to a successful academic career. She was raised by a single mother under difficult financial circumstances until she was nine years old. Although her mother  was very intelligent, she had been forced to leave school at the age of 12 to do farm work during the Great Depression. This experience resulted in her mother’s deep sense of loss over a lack of a full formal education. It was this sentiment that inspired Shoemaker at a young age to plan for an advanced degree in science. When her mother remarried, Shoemaker enjoyed a fuller family life with her parents, and at that time she also had the opportunity to attend better schools that enabled her to win a Regents’ Scholarship to UC Davis, where she majored in mathematics. With this fellowship, she spent one year studying at the renowned Goettingen University in Germany (speaking only German). Her year abroad intensified  Shoemaker’s concern for social issues. As a result, she became involved in the anti-Vietnam War protest movement in 1965 when she returned to Davis, California. She continued to major in mathematics and loved the subject, but she wanted her future research to be focused on something that could have a more direct impact on society than pure mathematics.

Hence, Shoemaker sought a graduate school program in mathematics that would enable her to address socially important issues. She was accepted to study with the famous applied mathematician Richard Bellman, the “father of dynamic programming,” at University of Southern California.  At the time there was prejudice about accepting female Ph.D. students, so it was remarkable that Bellman was broad-minded enough to accept Shoemaker. Knowing her social interests, Bellman suggested Shoemaker do her Ph.D. on applications of optimization to “integrated pest management,” which involves using ecological methods and little use of pesticides for crop pest control. Shoemaker’s Ph.D. dissertation and papers on using dynamic programming were the first published papers in this area. During her graduate school years, Shoemaker continued to be very active in the anti-Vietnam War protest, helping to organize monitors and safety measures for large marches in Los Angeles, CA, attended by tens of thousands of people.

After a one-year postdoc at Cornell, Shoemaker joined the CEE faculty as an assistant professor in environmental engineering. In 1973, there were about 200 faculty in the College of Engineering, and Shoemaker was the only tenure-track female faculty member.

“At that time,” said Shoemaker, “I had read studies that showed there was widespread prejudice in the U.S. against hiring female faculty in physical science, so it was remarkable to me that I was hired by CEE. It was even more remarkable that in 1985, I was appointed by the Dean of Engineering as Chairperson of the Department of Environmental Engineering, after a favorable poll of the 18 Environmental Engineering faculty members. As a woman at Cornell, I never felt discriminated against by my department.”

Shoemaker eventually replaced her research on integrated pest management with application of her mathematical background to the research area of Environmental and Water Resource Systems (EWRS), started in CEE by Professors Walter Lynn and Peter Loucks, and which Professor Jery Stedinger later joined. It was a tremendous help to her research to be part of this very strong EWRS group at Cornell. Decades later, Shoemaker’s academic grandson Pat Reed joined Cornell EWRS, further strengthening the group.

In this water-related research, Shoemaker focused on dynamic programing algorithms for optimizing groundwater remediation, modeling the subsurface biochemistry of acid rain, and calibration of complex environmental models of contaminated groundwater, and models of polluting nutrient transport in watersheds. For the calibration applications, she also developed new surrogate global optimization algorithms, publishing papers in both applied mathematics and environmental engineering journals. Because environmental models are computationally expensive, she also developed algorithms for parallel computing. Her research funding from NSF came from the Directorate for Computer and Information Science and Engineering as well as from the NSF Environmental Engineering and Hydrologic Sciences Programs.

In her teaching, Shoemaker taught existing courses, including undergraduate Numerical Analysis, in which she introduced the use of “clickers” to encourage active learning. Using this system, students respond instantly to questions about the lecture by clicking on a hand-held device. The idea is to keep the students’ interest (very important in a dry topic like numerical analysis) and to help the professor know if  students are having trouble understanding. She also developed a new course on heuristic methods for optimization that drew about 80 graduate students annually for 12 years from across the College of Engineering and the Department of Computer Science.

She has graduated 32 Ph.D. students, most of whom were in CEE working on environmental problems, and some majoring in applied mathematics or operations research and information Engineering (graduate fields in which Shoemaker was a member).  With co-workers Computer Science Professor David Bindel and Applied Mathemetics Ph.D. student David Eriksson, she developed an open-source software toolbox, PYSOT, for the surrogate global optimization algorithms she and co-workers developed over previous years. Since its initial launch in 2017, PYSOT has had over 18,000 downloads.

Shoemaker’s research has resulted in many awards across multiple disciplines. She was elected to the National Academy of Engineering (CEE Section), as a Distinguished Member of ASCE, and has won both a Hinds Award and a Lifetime Achievement Award from the American Society of Civil Engineers. In addition, her interdisciplinary research was recognized by her election to “Fellow” (an honor awarded to typically less than 0.02% of society membership) to the following professional societies: INFORMS (operations research), SIAM (applied mathematics), and AGU (hydrology).

In August 2015, Shoemaker joined the National University of Singapore while on leave from Cornell, and she officially retired from Cornell on June 30, 2017, to remain at the National University of Singapore (NUS) for a few more years. The time in Singapore has been an exciting adventure, but she still treasures her years as a member of the Cornell CEE faculty. Shoemaker and her husband, Professor Phil Liu, will eventually return to the U.S. after their retirements from NUS to be closer to family.