The Garmezy Competition and Prize Fund

After graduating from Cornell’s School of Civil Engineering in 1913, Samuel Garmezy joined the Atlantic, Gulf, and Pacific Company of Manila, in the Philippines. He steadily advanced in the corporation and found himself designing and building defense structures in the Pacific on the eve of the second world war. Samuel’s son, Robert (MAE & EE, 1944), wanted to honor his father, so Bob and his wife, Alice, provided the resources to purchase the High Strength Concrete Compression testing machine in the CEE Concrete Lab.

Bob and Alice also endowed a fund to maintain the equipment and to establish the Annual Garmezy Contest, in which students compete for cash-prizes awarded for producing the highest strength concrete with a 99% level of confidence. The contest typically takes place in early May each year. 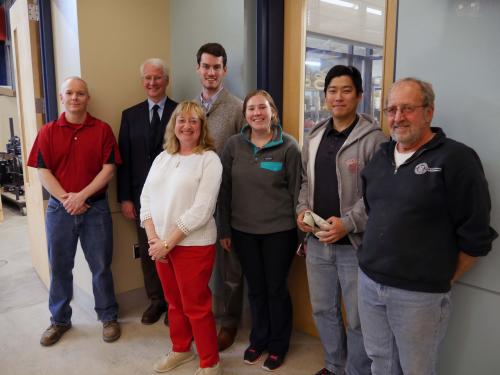